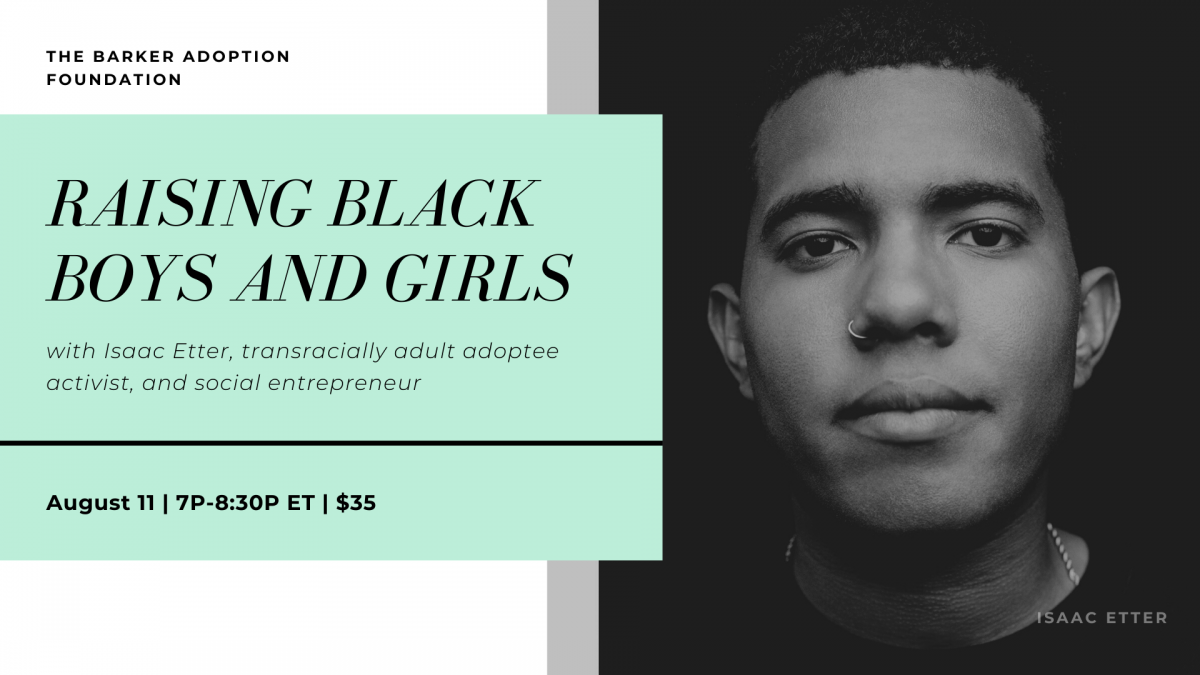 Isaac Etter is an activist and social entrepreneur. Isaac was transracially adopted at the age of two. He is a transracial adoption, and racial bias consultant at Etter Consulting, a consulting firm Isaac founded in January of 2019. Isaac has a passion for helping families and adoption agencies learn about racial bias and create inclusive homes. Isaac is a frequent speaker in many settings, including colleges, adoption agencies, and conferences. Isaac has used his story of being adopted and growing up in a white world to curate deep conversations about race in America. With his unique insight into racial tensions between white and black communities, Isaac can curate meaningful conversations, where everyone learns to value each other and their experience while learning about systemic racism, privilege, and their role in it.