Stephen Hersh has received recognition for many achievements over the years. Trained in pediatrics, general psychiatry, neurology, and adolescent psychiatry, he’s won numerous acknowledgments for his work on child and adult health and disease, and he was an early leader in bringing mind-body interventions into mainstream medicine.

But a surprise acknowledgment he received on his own front porch this spring was among the most meaningful because of what it will mean for families served by the Barker Adoption Foundation.

Stephen and his wife Jean’s involvement in adoption has many chapters. The two began discussing adoption as a shared interest when they were dating while both worked at the University of Pennsylvania in the late 1960s. At the time, Stephen was a fellow in general psychiatry and neurology at the university, and Jean was working and writing as a caseworker in a psychopharmacology research group.

They talked regularly about the number of children they encountered who didn’t have a family to help them navigate life. “We decided before marriage that we wanted to create a home in which we could raise biological and adopted children who could function successfully,” Stephen says. They weren’t able to have biological children, and a work supervisor had introduced Jean to the idea of transracial adoption. The Hersh’s, who are white, started looking to adopt a biracial child but were swimming against the tide of the times. “Some people and the society as a whole didn’t take well to that idea back in the seventies,” Stephen says. “Back in those days it was considered perhaps somewhat shameful even to have to adopt--but if you were going to, you should only adopt somebody from your group.” They were getting the same message from some professional groups and adoption agencies.

But they wouldn’t give up the idea and in 1971, adopted their oldest son Damon, who’s biracial, from foster care in New York City at age three.

A year later they moved to Washington, D.C., and Stephen jokes that “Jean decided she didn’t want to be bullied by two guys. She wanted to adopt a girl.” They called around to the adoption agencies in the area at the time, including the Barker Adoption Foundation. They again wanted to adopt a biracial child. Barker was one of two agencies open to the idea of transracial adoption, and in 1973 they adopted Katie, who was three months old. Then in 1975, a Barker social worker called to ask whether they knew any other families who might be interested in adopting a biracial child. Jean called Stephen to talk about it and then called back the social worker with an answer: “We would!” That’s how their son Justin came home with them as an infant in May of that year. And seven years later their daughter Tessa joined the family as an infant.

The four children grew up to have successful careers and “are all interesting, good, loving people,” said Stephen and Jean. The Hersh’s have seven grandchildren. Stephen’s skills as a leader in child and adolescent health and mental health would come to play a crucial role for Barker. As the agency had expanded into international adoption in the 1970s, Barker called on his expertise to assist with children Barker was helping place who were from countries where they’d experienced the trauma of war. In the late 1980s, Stephen met J.W. “Bill” Marriott Jr., Executive Chairman and Chairman of the Board of Marriott International, Inc. Bill Marriott’s leadership of the company spans nearly 60 years, during which he took it from a family restaurant business to a global lodging company.

Over time, Stephen and Bill became good friends, and they shared an interest in medicine and medical research. They developed a collegial relationship that turned into friendship, and Stephen became a collaborator and advisor on health and medical research to Bill and his family, and later to the family’s J. Willard and Alice S. Marriott Foundation.

For more than 50 years, the foundation has supported extraordinary nonprofit organizations leading innovation in providing civic and human services, fostering educational achievement, expanding opportunities for youth and adults, and developing the next generation of hospitality leaders. In 1989 the foundation established the not-for-profit Marriott Foundation for People with Disabilities to foster employment. And in the 1990’s it began to lead in philanthropic support of innovation in health care and medicine. Stephen’s contributions to the Marriotts and the Marriott Foundation led to a surprise acknowledgment in the form of a named $100,000 endowment to Barker this spring. The Marriott family wanted to thank him for his long commitment, advice, guidance, and work and so created the Dr. Stephen P. Hersh Fund at Barker.

The fund will provide ongoing support for Barker’s Family and Post-Adoptive Services program. Stephen and Jean say they got an up-close look at the program’s importance when one of their children used it to search for a biological parent. When Barker expanded into older-child adoption in 2007 with Project Wait No Longer, Stephen says post-adoptive services became especially critical. “One of the things we’ve liked about Barker over the years is it's very flexible,” Stephen says. Barker remains as adaptable now as then, adjusting to the times to meet the needs of families it serves. The endowment came at a critical time given the uncertainties caused by the COVID-19 pandemic.

The foundation originally planned a surprise luncheon for Stephen and Jean to announce the award with all of their children. The pandemic got in the way, so instead in May, Jean and Stephen got an out-of-the-blue call from a foundation staff member telling them she had something to drop off. They showed up on the Hersh’s porch with a gorgeous, gold-framed certificate announcing the endowment. “I didn’t know or expect any acknowledgment for my work,” says Stephen. “It was such a creative act of generosity in an area of mutual interest. It was a wonderfully creative way of presenting this recognition.” The recognition to the Hersh’s was a demonstration of the strong appreciation Barker has held for their ongoing commitment and support to the Barker mission. Their act of kindness and generosity helped the agency remain #BarkerStrong and allowed the opportunity to offer endless support and resources to countless families and the adoption community. You can join the Hersh’s with your support of Barker’s mission by donating today.

Thank you for supporting our difference-making work, and we hope you can help us make our fundraising goal during #GivingTuesday with your one-time or monthly donation. 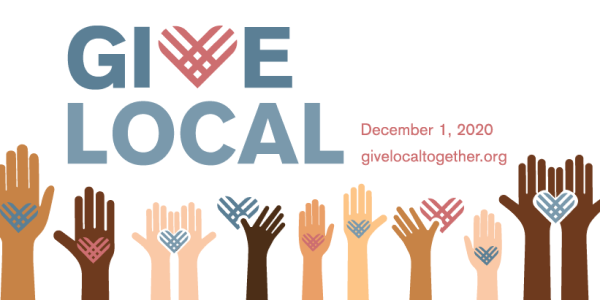