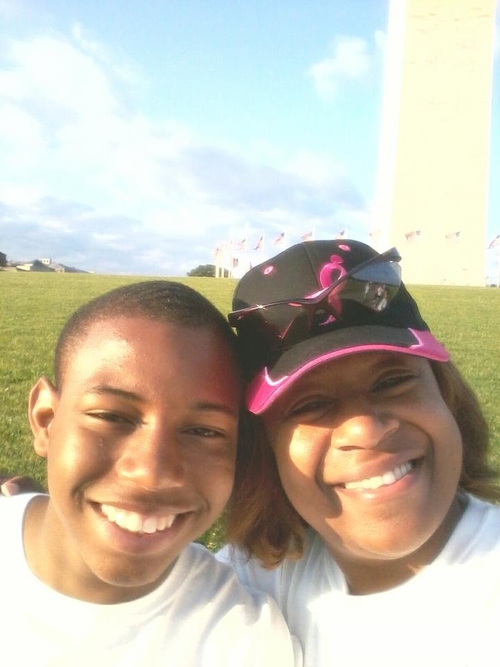 My journey toward adoption actually began almost 5 1/2 years ago when I decided that as a single, career military woman I was ready to settle down & have a family.  Around March or April of 2010 I spoke with a friend & she suggested adoption.  Initially, I did not think much of it until I began to watch “Adoption Stories” on TV.  The more I watched, the more I thought about it.

My first step with Barker was to attend an information session.  The information I received from the PWNL staff was very insightful and (after much prayer & long talks with my mom) helped me decide to move forward with adopting an older child.  Initially things were moving the way I expected.  The training I received was helpful and the paperwork was moving along steadily.  To my surprise, as soon as my home study was complete - everything began to move much faster!  The ink wasn’t yet dry on my home study when I received a potential match.  This was much faster than I expected.  I was skeptical at first because the child was 12 years old and I had asked for a child between the ages of 6 - 10 years old.

I prayed about it and decided to trust that the agency had a good reason for recommending the match.   I knew that if this child was meant to be mine that God would make that clear to me.  The first time I saw my son Greg smile I was done!  After meeting with his social worker I decided to move forward.  I was excited and nervous.  I “met” my son on the phone for the first time in February.  I was not sure what to say but we soon connected while talking about cartoons (particularly Dragonball Z).  From there our relationship grew.  We visited in person and by the phone for several months leading up to his placement in the Summer.  His case worker, staff members from his group home and staff from The Barker Foundation were awesome!  I received so much support from everyone (especially from other parents in the PWNL Support Group).

Greg began living with me on June 15th 2011.  I took a month off of work to get him adjusted to his new home.  We took a Summer road trip to Texas to meet my family (OUR family).   They all loved him (especially his grandma - my mom) from the start and they have been a huge support to me.  Greg is a very loving and intelligent child.  He is learning for the first time that love is more than a word, it is an action and it is consistent.  Greg has had many firsts since coming home.  He has played his first organized sport, had his first birthday party, had his first sleep over, his first plane ride and his first road trip.

His firsts have been my firsts.  Being a single mom has been both challenging and fun.  I am learning along with Greg to deal with my emotions head on.  Patience is also another virtue I am grasping.  Therapy has helped us learn to communicate.  I have become more of a “softy”.  I had to learn that many things are new to Greg and he needed to unlearn some old habits.  We had to learn together how to maintain contact with his birth family while building our own family.

Greg and I are forcing each other to “grow”.  This past Christmas I put up a Christmas tree in my home for the first time in over ten years and I am learning how to swim.   I have my son to thank for that.  We have had our bumps in the road but I know we were meant to be together.   If someone had told me 5 years ago that I would adopt a child, I would have not believed them.  Now, I can say that the happiest day of my life was when Greg’s adoption was legally finalized at the end of December 2011.  It is official and forever.  He is my son and I am his mother.