Last month, I had the unique opportunity to attend a writing workshop at Kripalu, a wellness center in the Berkshires.  It was a blissful few days of yoga, meditation, and memoir writing.  I sat in a circle of other writers, each of us anxiously awaiting our turn to openly share the words we had put down to capture our own – often painfully personal – stories.  When I shared my own writing, the pain of my infertility struggle was laced throughout the sentences.  But so, too, were the words I used to describe the unbounded love I have for the daughter I eventually adopted, and the son I birthed soon thereafter.  When I got to the end of my piece, another woman looked up, met my eyes, and said, “That’s my story , too.”

And that is how the sisterhood of adoptive moms is formed.  We know, because we’ve been there.  The woman in the circle, Rebecca Gold, and I compared our histories, a unique blend of family-building experience that was immediately understood by one another.  Rebecca Gold beautifully captured her own adoption story in the Chicago Tribune’s National Adoption Month series “Portrait of an Adoption.”  Rebecca has given us permission to share her story here on the Barker Blog.

Nineteen years ago, I watched in silence as my daughter’s birthmother said goodbye. I watched as she kissed her baby’s cheek, touched her feet, smooth the disheveled mound of black hair on her head, stared into her dark eyes, and took in the sweet newborn smell in the folds of her neck.  There were no words to say.

Words are not obtainable in any language for a moment like this.  When she looked away for a moment, my husband instinctively reached down and lifted the baby and held her to his face, kissing her wildly, and then singing to her, in Spanish, the native tongue both he and the baby’s birthmother shared.  My role as a mother was about to begin for the second time in my life, but this was a first for my husband.  And so far, he was hitting it out of the park. 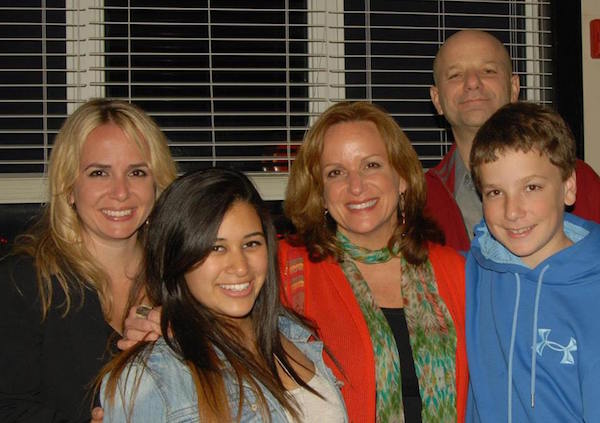 He then handed the baby to me, and I showered her with kisses as well. Out of the corner of my eye, I saw her birthmother shed a tear, then look away. My husband then took the baby from me and while he was putting her into her car seat, I walked over to her birthmother and took her hand. She looked up at me and said, “Take good care of her.”

“You know I will,” I replied, mother to mother.

She got up from the couch and walked out of the room.  I’ll never forget that moment for the rest of my life. That kiss goodbye, that kiss hello.

The irony doesn’t escape me that my daughter’s birthmother was nineteen years old on that day that bonded us forever. And today, my nineteen-year-old daughter looks so much like her birthmother whom we only saw that one day.   We sat across from each other at a conference table in a lawyer’s office and spoke for more than two hours that day. She told us that she knew exactly what she wanted for her child, or better yet, what she didn’t want.

“I don’t need the Brady Bunch,” she said. “But I can’t take care of her, and I won’t let my parents raise her either.” She confided that drugs and alcohol were rampant in her large Mexican family, and this was the main reason why she left when she found out she was pregnant.  “She deserves better than that,” she told us.  “I’m going to find the right family for her.”

My husband and I had been married six years, and I had a daughter from a previous marriage. We knew we wanted more children right away, but I was unable to become pregnant, so we were waiting to adopt.  Two weeks after we moved back to the United States from my husband’s native country in South America where we had lived for four years, an adoption attorney called to ask if we would meet with a young woman who had just given birth to a baby girl and hadn’t yet found a family to place her with.

Apparently she saw a few things on our profile that she liked and asked to meet us.  It was important to her that the family was familiar with a Latin culture. She also liked the fact that I already had a child, and both my husband and I were from big families with lots of aunts and uncles and cousins.  The phone call was a shock to us, because we hadn’t even met this attorney, but we desperately wanted a baby, so we dropped everything and drove to meet the birthmother (I’ll call her Rosa) at the attorney’s office.

Rosa spoke candidly with us about finding the right family for her baby, and she quizzed us on many topics to see if we fit the bill.  “She’s not going to be easy,” she kept telling us, almost testing to see if we would be scared away. “I wasn’t an easy kid; my brothers weren’t easy. She’s going to be tough,” she said. “Like me.”

Rosa went on to ask my thirteen-year old daughter how we discipline her, how we get along with her father, if she liked living in South America, and what her plans were after high school.  My daughter spoke openly and honestly and told her she had dreamed of becoming a big sister for a long time.

We also asked Rosa about her future dreams. She told us she wants to get her GED, go to college one day and maybe even become a lawyer. We offered to help her in any way we possibly could, and she adamantly told us, “No, thank you. I’ll do it on my own.”

She asked us if we had a will. If something should happen to either or both of us, what would happen to the baby? We were genuinely impressed she had even thought that of that.  And then she asked us about high school, and college.

“What if she drops out? What if she doesn’t want to go to college?  She’s going to be independent,” she said. “Like me.”

Rosa knew that falling in love with a baby was easy. But she also knew that dealing with an independent strong teenager, like she was, sitting across from us at that very moment, was much more of a challenge. 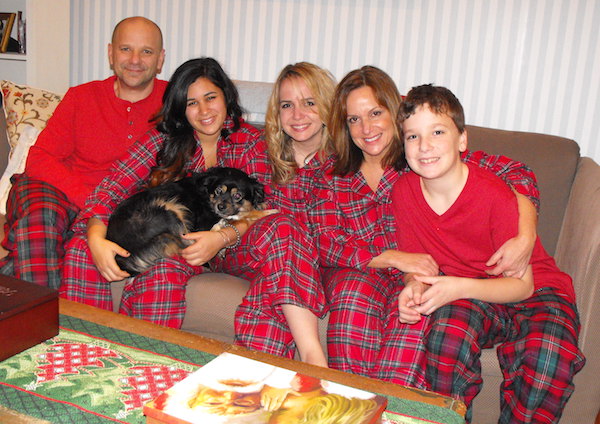 It never really occurred to either my husband or me that going to college would be a choice. We were going to raise this child, like all of our children, to find her own path, whatever that might be.  We fumbled through an answer that sounded something like: ‘If college isn’t the right choice for her, then she won’t go. But that won’t happen on the day she graduates high school. We will help her form a path way before that. And we hope to instill a love for learning way before that, too, so by the time she is ready the question will be more like, which college, or which path will be the right one for her to continue her education and realize her dreams.”

“She’s going to be a fighter,” she said.

“We look forward to that,” we answered truthfully.

Rosa was right. Camila has been a fighter. And very independent. And strong-willed and curious and smart, and tough.  We’ve already had a few detours on her educational path, including changing high schools three times until we found the right fit for her.

And today, nineteen years after that conversation about her future, Camila is going to college 3,000 miles away from our home. Back to California, where she was born.  She plans to study environmental science, maybe even law someday.  I’d be lying if I said I didn’t want her to stay on the east coast so that I could see her more than just on holidays and vacations. But she has bigger plans, and Rhode Island is too small for her dreams.

I know my husband and I have done everything in our power to guide her and help her grow into the strong young woman she is today. I am amazed at her beauty, inside and out, and more than anything else, her self-knowledge and confidence as she takes on whatever life puts in front of her with curiosity and zest.

She is strong and independent and ready, oh so ready, for this next chapter of her life.

Nineteen years ago, I watched in silence as my daughter’s birthmother said goodbye. I watched as she kissed her baby’s cheek, touched her feet, smoothed her hair, and took in the sweet newborn smell in the folds of her neck.

And today here I am, at the airport, hugging her tight, smoothing her hair, touching her cheeks, and taking in the sweetness of this strong independent young woman about to go off on an exciting adventure, on her own.

Today it is my turn, to let her go.

Rebecca Gold is the mother of three children, two biological and one adopted. She is the author of “Till There Was You – An Adoption Expectancy Journal” first published in 1998, and she is now working on a revised edition. She lives in Rhode Island with her husband and son, the last of her three children still in the nest.